Adrianna trains and leads volunteers in the sampling and analysis of benthic macroinvertebrate communities in streams. She also analyzes suspicious bloom samples that are submitted to the lab to determine whether or not they contain cyanobacteria associated with harmful algal blooms. She is interested in overall observations of plankton communities in Cayuga Lake as a complement to efforts to better understand bloom occurrence and cyanotoxin production.

Adrianna is a water-loving Finger Lakes native who worked for many years as a ranger naturalist at Yosemite National Park. Currently she resides year-round in the Finger Lakes region where she works part-time for the Community Science Institute. She received a B.S. degree in Natural Resources from Cornell University in 1999 and an M.S. in Environmental Studies from the University of Oregon in 2004. She is also a volunteer water monitor with the Cayuga Inlet group. 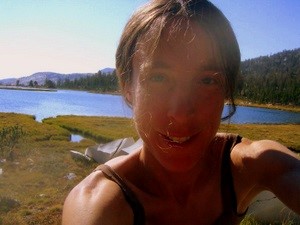