Meet Our Board of Directors

Home About Us Meet Our Board of Directors 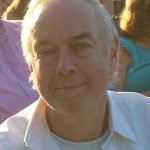 Robert Barton holds a BSEE and MEng from Cornell Electrical Engineering School and a PhD from the University of Rhode Island, focusing on acoustical signal processing. He has worked at the Raytheon Submarine Signals Division and helped foster the public use if the Fast Fourier Transform in detecting submarines during the early 70’s. He worked for the Naval Underwater Sound Lab in New London, CT for over 30 years, retiring in 2004.

Currently, Robert and his wife of 42 years, Shirley, own Arlen Acres Farm, a certified organic farm for vegetables and grain. He is a Master Forest Owner/Volunteer, a program that offers free forestry resources for private forest owners. He is the Chair of the Southern Finger Lakes Chapter of New York Forest Owners Association, an organization dedicated to helping forest owners manage, improve and enjoy their woods. He is also the Secretary of the New York Nut Growers Association. He has trained at the Democracy School, using that experience to educate the Town of Hector on the dangers of sewage sludge as an agricultural amendment. Robert has been a CSI volunteer with the StreamWatch group since 2008, sampling Taughannock and Frontenac Creeks.

Robert is interested in protecting small communities and farms from large industrial corporations and is concerned about the effects of corporate personhood. He wishes to leave a clean environment for our descendants. He is interested in finding ways to connect elderly populations to the world and each other through advances in technology. Other interests include exploring the woods, protecting water quality, organic farming and cooking. 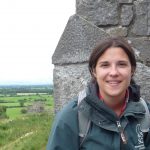 Angel Hinickle is a Resource Conservation Specialist with the Tompkins County Soil and Water Conservation District (TCSWCD). She is a Certified Professional in Erosion and Sediment Control (CPESC) and holds a Master’s of Science in Environmental Science and Policy with a focus in Water Resources Management from the University of Wisconsin-Green Bay. Prior to working with TCSWCD, Angel was employed with Cornell Cooperative Extension of Suffolk County for four and a half years as a Stormwater Specialist, where she managed all daily facets of Suffolk County’s Phase II stormwater program and led a water quality monitoring group. She lives in Ithaca with her husband and new baby boy and enjoys hiking and canoeing in the beautiful Finger Lakes. 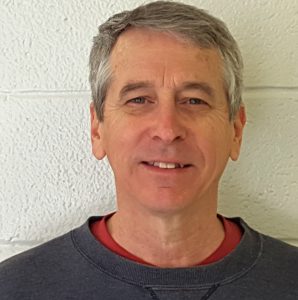 Bill was a hydrologist with the U.S. Geological Survey for 38 years, retiring in 2018. He participated in or conducted studies of the surface-water and groundwater resources of New York State. Bill is trained in the methods of streamflow measurement, water-sample collection, interpretation of water-quality data, and computation of constituent loads. He designed and conducted an 11-year water-quality study of a large cattail wetland near Rochester in Monroe County and a 3-year county-wide water-quality characterization study in Onondaga County. Each of these studies provided data for development of watershed models that Bill created to simulate the processes of generation and transport of chemical loads. Bill brings a depth of technical expertise to the CSI Board of Directors. His background is a perfect fit for the type of research that CSI supports through its volunteer monitoring program. 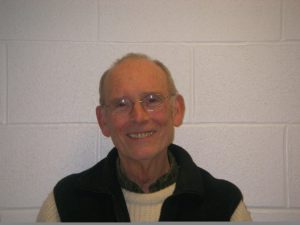 Steve Penningroth founded the not-for-profit Community Science Institute with a group of friends in 2000, following up with 501(c)3 tax-exempt status from the IRS in 2002 and certification for CSI’s water quality testing lab in 2003. Long before there was CSI, Steve enjoyed an extended education, going from a B.A. in German Literature to a B.S. in Biology and finally a Ph.D. in Biochemical Sciences in 1977, squeezing in a stint in Army Military Intelligence on the German-Czech border from 1968-1969 where he watched history unfold as Warsaw Pact forces invaded Czechoslovakia and crushed the Prague Spring.

He was an assistant and associate professor at the University of Medicine and Dentistry of New Jersey from 1978-1993, conducting basic research on the role of the dynein ATPase in flagellar motility in sea urchin spermatozoa and teaching pharmacology to medical students. A 1987-8 sabbatical at Cornell University with Professor James Gillett awakened an interest in environmental toxicology and extension work, and in 1993 Steve resigned his faculty position in New Jersey and moved to Ithaca.

As a Senior Lecturer at Cornell for seven years before starting CSI, he developed and taught several undergraduate toxicology courses, served as a technical advisor for community groups at Superfund sites in New York and New Jersey, and conceived the idea of an introductory textbook for non-toxicologists, which was published in 2010 under the title “Essentials of Toxic Chemical Risk: Science and Society.”

The father of two grown children and grandfather of two small boys, Steve shares a home a mile from Cayuga Lake with his wife, Judy, and their three gorgeous German shepherd dogs, all trained by Judy and veteran competitors in agility and obedience. He is grateful for the support, public and private, that has allowed CSI to contribute to the growing movement for greater local stewardship of natural resources. 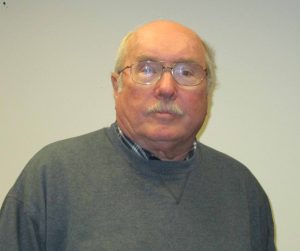 Gerald (Jerry) VanOrden has served on the CSI Board of Directors since 2006 as a board member and as vice – chair and has been volunteering with CSI since 2003 collecting water samples from Six-Mile Creek. In 2006 he helped organize a group of volunteers to monitor water quality on Taughannock and Trumansburg Creeks. The Trumansburg Sewage Treatment plant is on Trumansburg Creek and has been a focus of the StreamWatch monitoring group due to the high levels of bacteria that it contributes to Trumansburg Creek.

Originally from Rochester, Gerald holds a BA in Chemistry from the University of Rochester and an MS from SUNY, Cortland in Science Education. He taught science at DeWitt Middle School in Ithaca from 1960 until in 2001. He is a contributing author of two earth science text books.

For about 35 years, he and his wife Nancy had a small farm on Taughannock Creek near Trumansburg where they raised beef cattle, sheep, various field crops (mostly hay) and four children, all of whom now have families of their own. They have since retired from the farm. He and Nancy enjoy fishing, traveling, their camp near the Thousand Islands, 13 grandchildren, and 1 Labrador retriever. 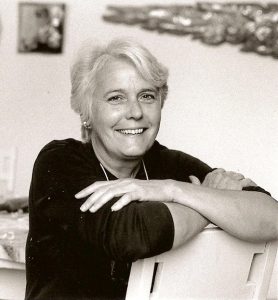 Deborah Jones, a native of the area, received a BA from Elmira College and MA and MFA degrees from the University of Illinois. Deborah is an artist and educator who has taught at Tompkins Cortland Community College; in the Women’s Studies Program, Cornell University; at Ithaca College through the Center for Interdisciplinary Studies, Wells College and at the Institute for Arts in Education, Binghamton, Utica, and Albany. Following graduate school, Deborah returned home to renovate the 19th-century family barn into a home and studio. She published a barn-shaped book entitled “The Barn Story”, an illustrated memoir documenting her renovation experience. She is also one of the four founding members of the Greater Ithaca Art Trail.

Deborah is a homeowner, landowner and steward of the land with an abiding interest in the health and ecologically sound management of the environment. She believes in cooperative, sustainable economies that will benefit all in the long term. As a CSI board member, she acts on her belief that it is each citizen’s responsibility to work to protect our life-sustaining natural environment. Her artistic skills are put to use in designing brochures, newsletters and educational materials for CSI. Deborah volunteers with the StreamWatch monitoring group in Trumansburg.