Bill’s association with the Community Science Institute began as a stream monitoring volunteer water sampler in the spring of 2009. He was the founding member of Team Enfield sampling Enfield and Coy Glen Creeks. In the later part of 2009 Bill joined the CSI staff team. His primary function is entering the test results from the Cayuga Lake and the Inlet streams sampling into CSI’s online database. He is still at it as the database enters its second major upgrade!

Bill received a degree in Mechanical Engineering from the University of Pittsburgh in 1970. After a stint in an air pollution control graduate program he embarked on a short career in the nuclear power industry followed by a turn as an air pollution stack-testing engineer. In December (what planning!) of 1979 he relocated to Burdett, NY in a quality of life move and began searching for work in the Southern Tier (again what planning) with eventual success. He worked for a series of industries in Big Flats, Cortland and Ithaca, none of which failed to close during his tenure. He as a widely varied background in safety and environmental compliance and engineering, training, project management, facilities and production engineering, as well as house restoration and remoldeling more recently. Aside from his work for CSI he is also currently available for contract work.

Bill lives in Trumansburg with his wife, Nancy Young (who is a talented, licensed massage therapist working in several healing modalities, with an office in Trumansburg), and two exceptional (aren’t they all) cats. He has a daughter dancing, singing, living and working in Toronto. He also has a step-son, and step-daughter and her 5+ year old son who is a great delight in his life. He enjoys practicing Qi Gong and karate, swing dancing, attempting gardening and fixing things. 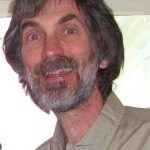